The Six Principles of Sexual Health

Women and men rarely ask their family therapist to help them improve their sexual health. More than likely, people are concerned about their sexual behavior, sexual satisfaction or the lack of sexual pleasure. Couples will often seek therapy to address conflicts about sexual frequency, sexual desire and the fallout after an affair. Changing unwanted consequences of sexual behavior may be highly prevalent motivations for seeking therapy, however they make up just a small component of the much larger concept of sexual health. 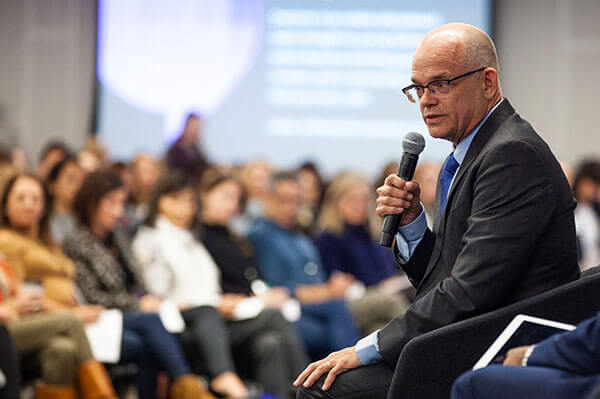 Up until the middle of the last century sexual health meant two things: avoiding an unwanted or unplanned pregnancy and not acquiring a sexually transmitted disease. Since at least 1974, the World Health Organization (WHO) and other health organizations began to develop sexual health definitions beyond avoiding STDs and unwanted pregnancies.the clap getting knocked up. Now, sexual health encompasses a society in which each person is guided in having a safe and pleasurable sexual life beyond the mere absence of the unwanted consequences of sexual activity or sexual intercourse.

Sexual health can be understood as a set of principles that integrate personal values, ethics, religious beliefs, cultural norms and unconventional sexual interests or practices. Six sexual health principles (adapted from the WHO definition) construct a broad international set of minimum ground rules upon which each person can come to know their own specific individual vision of personal sexual health (Braun-Harvey, 2009). The six principles of sexual health provide a map to balance couples and family conversations about sexual activity, sexual functioning, and sexual relationships before it is a problem or hurts someone.

Think of these six principles of sexual health as aspirations and goals for living your sexual life in such a way that you feel proud and can create sexual self-esteem for yourself and those you love.

Sexual health requires sex to be consensual. This is the most universal sexual health principle on the planet. Consent means “voluntary cooperation” (Wertheimer, 2003, p. 124) and communicates permission to try and reach sexual satisfaction and intimacy with willing partners. The age of consent varies by country, and in the U.S. varies by state. Non-consent forces children and adults into sexual experiences that are not desired or wanted. This sexual health principle is most commonly violated in the victim’s home in circumstances of child sexual abuse, sexual assault, and rape.

Consent transforms the act of sex from an invasion, intrusion or violation into an act of transformation. Establishing consent throughout each step of a sexual interaction provides each sexual partner space for sexual safety and pleasure that is consistent with their sexual desires. When consent is given, one is saying, “I want this experience to have an effect on me, to change me, to give me something that I desire, and I want you to provide it for me.”

Sexual health requires sex to be non-exploitative. Exploitation is when a person leverages their power and control to receive sexual gratification. The cruel brutality of exploitation compromises a person’s ability to consent to sex. Exploitative sex unfairly makes use of someone for sex. People under the oppressive influence of exploitation may be faced with placing themselves in more danger if they chose to say no to sex. Exploitative sex is ruthless and insensitive to the feelings of a partner and family members. Exploitation encompasses unwanted harsh or cruel domination or taking advantage of a person who is mentally incapable to use their cognitive and emotional capacities to give or not give consent. Intoxication is often used as an excuse to be exploitative. Money, drugs, clothing, shelter, or love are often situations in which a person will use coercion to gain access to sex.

Members of a couple will each bring their individual sexual histories of both exploiter and exploited. The most common form of sexual exploitation that motivates people to seek out marriage and family therapy is when one or both partners unilaterally changes the couples’ sexual agreement. (usually called an affair, cheating, stepping out, or betrayal). The exploitation is the cover-up, the denial, the pretending this did not happen and exploiting their partner’s trust. Emotional affairs and cheating are common reasons for couples to seek out a marriage and family therapist.

Sexual health requires open and direct communication with oneself and every sexual partner. Honesty with oneself involves being open to sexual pleasure, sexual experience, and sexual education. Without honesty, sexual relationships will not be able to have effective communication or be able to uphold any of the sexual health principles. Honesty encompasses sexual health conversations about gender and/or sexual relationship diversity. Each person has the responsibility to determine their own standards of honesty about sex and sexuality as it relates to their partners, medical providers, community, and themselves.

A sexual health conversation tip: when you’re surprised by a sudden question about a sexual matter from a child or teen, you can give yourself a few extra seconds to compose yourself by taking a deep breath and first thanking them for their honesty and asking a question about sex. They will remember that some adults welcome their honesty, a lesson that they might benefit from throughout their life.

The day after a dolphin has sex, they don’t spend the next day talking with their fellow dolphins about whether it was “too soon.” Humans do. Children, teens, and adults of all ages think about their values and how they relate to experimenting with sexual activity, entering sexual relationships, or facing gender and sexual relationship diversity.

Too often the caring adult’s discomfort or conflicted values about child and adolescent sexual questions leaves youth without important sexual health conversations that help them build a sexual values system of their own. One of the most universal areas of sexual value conflict is the sexual debut (usually called losing one’s virginity). There is no universal cultural agreement about the circumstances upon which a person should first experience sexual intercourse.

Throughout the lifespan, sexual values play an important role in motivations for sex. Specific sexual acts or turn-ons may have very different meanings for each partner. Values are a source of identifying one’s sexual standards and ethics. Values differences, when honestly and vulnerably shared between partners, can lead to closeness or painful distance. Either way, it is a conversation that brings reality and clarity where couples may have previously chosen avoidance and deception.

This sexual heath principle addresses the need for anyone engaged in sexual activity to implement a contraception plan, prevent acquiring a sexually transmitted infection and take precautions to prevent transmission of HIV. Access to tests that identify the presence of a sexually transmitted infection and proper medical attention to address any infections is essential for sexual health. Scientific and medically accurate information regarding how to prevent pregnancy requires access to a range of contraception methods. Latex condoms, medical adherence to HIV medications, and taking PrEP (pre-exposure prophylaxis) are essential ingredients for protecting ourselves and others from HIV infection. This is a time of increasingly reliable and effective forms of contraception as well as HIV prevention. Lack of medically accurate information about these excellent sexual health protection resources is a much larger problem. For example, less than 20 U.S. states require that the sexual education provided by federal and state funding be medically accurate. This means that even when a child or teen is fortunate enough to have school based sex education, chances are the content of the class is not supported by sexual science unless the state has laws ensuring this sexual right.

Most therapists are experienced with guiding discussions about the negative consequences of non-consent and exploitation (mental health professionals are expected to discuss sexual risks, consequences, and dangers). Choosing a therapist who can address both sexual safety and sexual pleasure is important when the reason for seeking therapy is related to any of the sexual health principles. Therapy that addresses sexual health facilitates clients discovering how they can create a more balanced life of sexual pleasure and sexual safety.